Lloyds refused to reveal how many police forces are investigating their crimes and the moment Noel Edmonds mentioned the July 2014 letter from Lloyds lawyers Herbert Smith Freeholds to the CPS, which proves they’re guilty of perverting the course of justice, Lloyds cut the microphone and threw him out! See it here:

Lloyds Bank has been fined for supporting arms dealing,money laundering and tax evasion (source:BBC), rigging interest rates,cheating shareholders and abusing its own staff. Lloyds Bank is engaged in “systemic wrongdoing and criminality” (House of Commons debate Jan 2018) and blocking police investigations (Thames Valley police).Lloyds Bank senior executives are guilty of “perverting the course of justice” (Anthony Stansfeld-Police and Crime Commissioner) and have misled the Lloyds Board in contravention of the FCA’s- Senior Managers and Certification Regime- (Mr Jonathan Laidlaw QC).

Lloyds Bank consistently demonstrates a total disregard for the financial regulations and the rule of law. The mastermind behind the Lloyds policy of ‘lie and deny’ is the Portuguese CEO, Antonio Horta Osorio who has consistently lied to Parliament, the Police, the Serious Fraud Office, the National Crime Agency, the FCA, the media, the shareholders and the British public.

Antonio Horta Osorio must now feel the full weight of English law and be charged with organising the massive, decade-long, coverup of Lloyds criminal activities in London, Bristol and Edinburgh. Osorio must now be charged with “perverting the course of justice”.The prosecution to be conducted in a Crown Court in front of a jury. Maximum jail term-LIFE.

Kevin Hollinrake MP & Co-Chair for the All Party Parliamentary Group on Fair Business Banking. Corruption at Lloyds Bank, the lack of action by the FCA by ignoring whistle-blowers

Lloyds Bank have been inventing identities and forging signatures for years. They now face criminal charges and will be paying out billions in compensation.

HORTY NOSORIO IS A BRAZEN LIAR AND CROOK

PARLIAMENT CALLS OUT LLOYDS BANK AND THE FCA.

Jim Fitzpatrick MP’s speech on one of the many ‘Lloyds Bank Bristol BSU’ victims and the FCA reluctance to investigate despite mounting evidence.

At least the FCA-Farce, Cover-up, Arseholes are consistent-they whitewashed RBS’s GRG and now they’ve let their Lloyds chums off the hook.

BUT THE REAL CRIME CRUNCH IS COMING VERY SOON….Lloyds Bank are now the subject of more police investigations than any other UK company in history. The SFO, The NCA, Police Scotland and multiple English & Welsh police forces are crawling all over Lloyds senior management. WE PREDICT ARRESTS VERY SOON.”

Bank of Scotland fined £45m over failure to report fraud suspicions Financial watchdog hits lender with penalty over scandal at its Reading branch.

Lloyds Bank CEO Horty Nosorio always dodges questions from MP’s and in this case today he demonstrates his greed, lack of integrity and abject failure as a leader. 19 June 2019 Parliament Work and Pensions Committee

THE DAY OF JUSTICE IS COMING CLOSER!

INTERVIEW WITH THE GUARDIAN JUNE 1st 2019

A MUST WATCH. Yet another Lloyds victim speaks the truth at this years Lloyds AGM about the bankers’ criminal acts and their lies. When he mentions the police investigation at Lloyds Bristol BSU he too is shut down

ANOTHER LLOYDS VICTIM SHUT DOWN AT THE AGM

The moment Noel mentioned the Lloyds 2014 letter to the CPS they went into meltdown and Blackwell was ordered to cut him off!!

WILL I BE STOPPED FROM ATTENDING THE LLOYDS AGM?

I have some very important questions to ask the board members at this years Lloyds AGM, but will they try and stop me attending?
Lloyds Bank AGM will be broadcast live by webcast tomorrow, 16 May 2019 from 11.00am at www.lloydsbankinggroupagm.com

WILL I BE PREVENTED FROM ATTENDING THIS YEAR’S LLOYDS AGM ?

I’ve heard that Lloyds don’t want me attending their AGM. Will they try and prevent me?

WHY I HAVEN’T YET STARTED LEGAL PROCEEDINGS 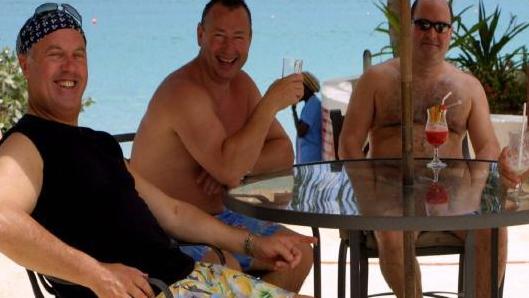 Lloyds has agreed to an independent review of its contentious compensation scheme for victims of the £1 billion HBOS Reading fraud after criticism of the original process.

The fresh scrutiny is a result of intervention by the Financial Conduct Authority, which shared concerns expressed by small business owners affected by the fraud that the redress process was flawed and may have given rise to unfair outcomes.

It heaps further embarrassment on Lloyds over the Reading scandal, which resulted in scores of small companies being ruined. Sir Ross Cranston, 70, a law professor and retired High Court judge, is due to review the bank’s compensation decisions.

LLOYDS CALLS FOR THE MEDIA TO MOVE ON

Lloyds calls for the media to ‘ move on’
NO! It’s not ‘time to move on’ until crooks like Lloyds Bank CEO Horty Nosorio are charged and jailed.

The latest news concerning Lloyds- Britain’s most toxic bank- is very encouraging for all Lloyd’s victims.

VICTIM OF BANKING FRAUD? 5 THINGS YOU MUST DO

Maybe you are a victim of fraud or you’ve had your signature forged which we now know has been a common practice within Lloyds bank there are 5 things you must do…..

CHANGE TO ANOTHER BANK

Collectively we have created a dynamic force against the corrupt senior management of Lloyds bank. Time to change to another Bank?

LLOYDS BRISTOL COVER UP MUST BE EXPOSED

There’s enough evidence to suggest that a group of morally corrupt and possibly criminal professionals in Bristol have been running a sophisticated scam to defraud Lloyds customers and seize their assets. The Bristol victims also allege that there has been a cover-up in Bristol by Avon and Somerset police and their Police and Crime Commissioner.

Bank Signature Forgery Campaign – update
Another aspect of Lloyds fraudulent activities- the widespread forging of bank signatures and in many cases customers signatures.

The group want to hear from you if you have any reason to believe that Lloyds acted unethically or dishonestly in how they handled your financial affairs.

FILM PREMIERE AT THE HOUSE OF COMMONS

NOEL TALKS ABOUT THE FILM SPANK THE BANKER

Noel Edmonds talks about the film Spank the Banker and why Lloyds executives must be held to account.

Don’t get robbed by your bank. Choose the professionals, Lloyds Banksters.

If we all pull together we can bring Justice to the UK’s most toxic company Lloyds Bank.

CORRUPT BANKERS MUST BE PROSECUTED

Why all corrupt bankers MUST be prosecuted for their historic crimes.

WE MUST HAVE REGIME CHANGE AT THE TOP OF LLOYDS BANK

We must have regime change at the top of Lloyds Bank but ironically Horty Nosorio can’t be ousted because of his guilt!

Trashing the brand. Corporate greed exposed. Noel Edmonds will not rest until Horty Nosorio resigns and Blackwell is charged. Edmonds a life long animal lover will have the evil Black Horse put down.

Thanks to Rogue Robot from Youtube with this brilliant new ad for Lloyds Bank. With a little help with the voice over..

LLOYDS REVEAL THE PROFITS OF CRIME

IS MY MONEY SAFE IN LLOYDS BANK?

PPI is about to be eclipsed as investigations deepen in to banks profiting from Signature forgery.
A professional handwriting expert confirms that a Lloyds customer is a victim of bank forgery.

ARE YOU A LLOYDS VICTIM OF SIGNATURE FORGERY?

Are you a Lloyds victim of signature forgery? Noel has the details and the knowledge and if he can help you he will.

OPEN A FORENSIC INVESTIGATION IN TO LLOYDS BANK BRISTOL

Thames Valley police are now putting more pressure on their colleagues in Avon and Somerset to do the honest thing and open a forensic investigation into Lloyds bank headquarters Bristol. If you suspect you are a victim of Lloyds criminality then contact us immediately:

HORTY NOSORIO, THE UK’S MOST CROOKED BANKSTER ONCE AGAIN BREAKS THE LAW AND STICKS TWO FINGERS UP TO PARLIAMENT

Lloyds Bank “profits” are sham, a fraud, a con as they don’t take into account the fact Lloyds will be fined billions for forging customers signatures and senior executives are going to prison.

At last the BBC are really getting their teeth into Lloyds and this appalling cover up. Surely Avon and Somerset Police must reopen investigations into Lloyds bank.